Since 2019 the Solution Focused community have celebrated the approach, the practice,

methode and mindset on May the 3rd. It's an opportunity to gather face-to-face and online

Since the spring of 2020, we have come a long way in the fight against covid 19. Vaccination is becoming possible for more and more of us, and hopefully there are prospects for us to meet at the World Conference 2022 in Frankfurt, what a great reunion. Until then, we must meet in smaller units, and online.

And ONLINE we can meet and we have SF World Day to celebrate and YOU still have a network, community, friends and colleagues, who would like to meet up for a festive celebration of a very special approach, - an approach

originated from the thoughts of Insoo Kim Berg and Steve de Shazer.

Take a look, scroll the site and find an event to join on May the 3rd 2021

Dr. Luc Isebaert, from Korzybski Institute passed away in 2019. Among his legacy is the formulation of 3 significant Questions for a more satisfying life. Questions to reflect on yourself and as a therapist or coach to ask others to think about. 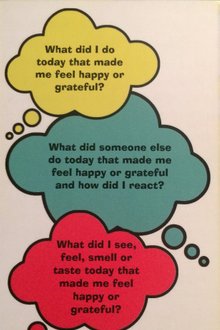 Because of the COVID-19 situation and social distance, lots of events are taking place on online platforms. Take a look and find an event near you....

Despite COVID-19 and regulations of no less than two meters distance, it might be possible for some networks to gather and celebrate SF World Day. At the site you'll find small event, where people meet up.

This is for materials to be shared with other sf practitioners. Maybe the lyrics for a SF song, or a poem or ideas for future SF World Days or....

It's all about persistance.

SFWorldDay is a yearly day, the 3rd of May to celebrate the Solution Focused Approach around the world.

The celebration can be in any way a single person, a community or national association may like.

Suggestions and celebrations can be shared on this sites by mailing event@sfworldday.com

as a metaphor for the interaction between the family/client and therapist/team.

This is much more than a simple change of words.

as a therapist and it changes the interactional patterns in the system of “family-therapy-as-a-system”.

Thus new patterns of interactions developed that could no longer be adequately described within the old theories.

New concepts had to be developed so that the new interactional patterns could be included in the theory.
Solution Focused Brief Therapy could not have happened if this shift had not been in place.

The paper "The death of Resistance" was published in 1984.

The first attempt at publishing it was in 1979 and it was rejected 17 times.
The acceptance date for publication in Family Process was May 3'd 1983.

Where it all happens...

All around the world we will celebrate, and it is our best hope that you at this website can get an overview of events related to May the 3rd, in different time zones, continents and digital

platforms. To make this happen you must provide us with information about YOUR event including what, where, how and when to join. You can email this to event@sfworldday.com